The herald of the auspicious arrival of “Ganpati Bappa” is imminent. As many states in India and probably across the globe Ganesha aficionados have started the groundwork in full swing for the preparation of the grandest and most expounded arrival for the festival.
Yes, we are also under his fever as he is coming with his little boy lost look to flabbergast us over his powerful impression and comforting plump belly to gobble down our “ladoos” for the poised celebration of 10 days of devotion and delight to bring fortune and joy in our lives.
I have lost the count of exact numbers of years that he is welcomed to our home now for the festival. Though, since last 2 years, we were puzzling over with new possibilities for his sculpture. Hit with a wave of confusion on his arrival for his figurine as it is difficult to find a perfect one to meet our purpose and also not to forget the struggle we had to face when we bid adieu.  After worshipping the deity for 10 days, his “visarjan” (immersion) was challenging being on the coldest sphere. 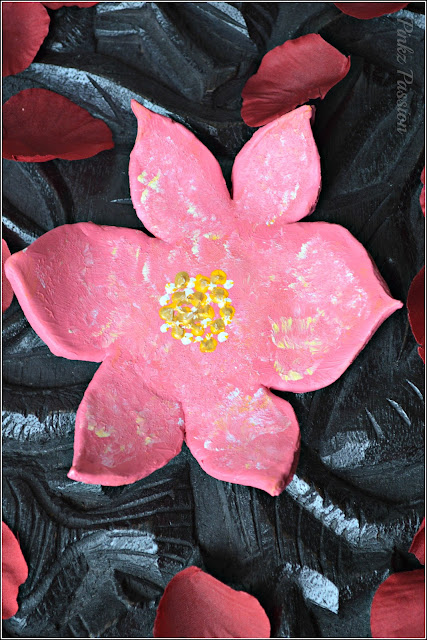 Our curiosity won out after few good thoughts and some scrolling on the web, which compelled the artist in the house to give her clever touches to mould him and form him to suit our desires.  As a result of our vision and courage to think differently we are able to go green with his figurine. The fruits of her labour created and moulded “Ganesha” with air dry clay from Michael’s Craft Store and few strokes of paint. She also whittled out a lotus base “aasana” for him.
The last year’s statue was a first attempt at going green but this year’s look bowled all of us out, we loved how he is adopting a little boy look. Being a clay model our practical requirement of his immersion is well served as on the last day we just soak him in a pot at home and the infused water with clay is also kept forever by pouring in our garden next day, that way he exists with us always.


Up next on the blog will be some over dose of brass and my collection show off.  Exclusively for the “Ganesh Chaturthi”, unveiling many new and existing Ganesha, so stay connected on facebook for more updates and some eye candy images of celebrations. Until we meet again, toodles!
Posted by Pinkz Passion at 7:33 AM

Promote Your Page Too